Biotech possibilities: The rocky road from the laboratory to the market 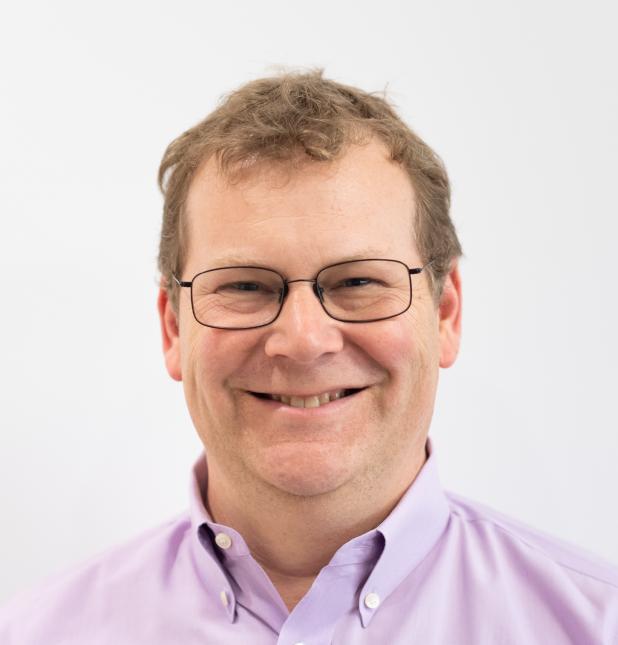 The Covid-19 pandemic has vaulted life sciences and biotech companies into the spotlight, highlighting the importance of funding vital research in order to develop new vaccines, medical treatments and therapies. With so much need and excitement around new medical and scientific solutions, it must be easy to bring vital research from the lab to the marketplace, right? Not so fast, says one HST alum and lecturer, who has studied how difficult it can be to access the money needed to turn a good idea into a winning product that is based on translational medical research.

Jeff Behrens, course director for HST 590—the required seminar series that covers such topics as research ethics, biomedical business, global health, and healthcare policy—says that life sciences entrepreneurship has always been uniquely challenging. This is because biotech entrepreneurs—in particular, those with little experience­—rarely attract the sort of major venture capital (VC) financing and investment that high tech entrepreneurs more frequently are able to do.

Behrens has founded a few start-ups in his time, and has also studied the obstacles to starting and funding successful biotech companies as part of his doctoral research. “In tech, it is common for first-time entrepreneurs to launch companies and raise significant capital; however, in life sciences this is much more rare,” he says. “And I wanted to learn, why is that?”

Behrens says his research, which was the basis of his recent PhD thesis (his PhD is from EPFL, the École polytechnique fédérale de Lausanne, Switzerland; he received both an MS from HST and an MBA from Sloan), reveals that the reasons behind the lack of VC backing are many, including the fact that many big venture firms prefer to incubate their own internal biotech ventures, rather than to fund someone else’s company.

What is also uniquely challenging about life sciences entrepreneurship, he says, is that while researchers have spent years mastering the complexities of science and engineering during graduate study, they are rarely exposed to the type of business training and experiences needed to successfully launch a start-up.

Many biotech companies start with “angel financing” (funding from investors who are wealthy individuals who invest in start-up businesses, often in the very early stages), versus more formal VC funding (financial professionals who invest pension funds and endowments). Comparing venture capital returns across different types of investments – pharmaceuticals, medical devices, healthcare IT— was at the heart of his own master’s degree research in HST’s BioMedical Enterprise program in 2006.

Behrens’ PhD thesis focused on the paths that biotech companies follow from idea to company formation and associated funding patterns. In many fields, new companies often start with angel investors, and then, if they generate effective, preliminary data and a solid business plan, they next try to attract the more lucrative VC funding. His research showed that this progression (from angel investment to VC support) happens in biotech start-ups only about 5% of the time, versus 8-10% for start-ups in other industries. For this research, he analyzed large datasets and was able to quantify his research by looking at some 40,000 different companies formed between 2000 and 2015.

In addition, he focused on the emerging phenomenon of Boston-area VC companies, which often have their own in-house scientists and MDs, and who frequently prefer to create their own biotech companies, keeping all risks and rewards in-house. His thesis featured a profile of one example, Third Rock Ventures, which spun off Casma Therapeutics (a company with other investors as well) in 2017.

“This has proven to be a very successful paradigm for some leading venture capitalist firms,” Behrens says. “These are often people who have previously worked in the biopharma industry, and they believe they can identify the best ideas themselves, and build the best teams, hire the best people, and then make the most money, rather than to make investment bets on other people’s ideas.”

For Behrens, the journey to biotech, and to teaching in the HST program, began at Harvard, where he majored in philosophy, and, as he says, “knew nothing about life sciences.”

Behrens—who has been CEO of several companies, including Siamab Therapeutics, Inc., a company that developed immunotherapies for ovarian cancer—was, however, interested in technology, and early on he caught the entrepreneurship bug. It was the early 90s, and information technology (IT) was starting to take off. He had contemplated becoming a teacher, or an academic, but he took a summer job working at the Harvard Business School doing spreadsheet support for the then hugely popular (though now discontinued) IBM PC program, Lotus 1-2-3. He loved the work, and the money was good, and so he used his growing tech skills to take a part-time job at the City of Boston Revenue Department, where he learned another database language called Clipper. He soon was doing programming and consulting, and this is when the notion to start his own business was born.

Eventually, he was leading a successful healthcare-focused managed services company called Telluride Group, with 35 employees, when it was acquired by MindSHIFT in 2003, a company backed by Fidelity Ventures. Jeff’s exposure to the life sciences field, while at Telluride, drew him in, and in his 30s, now comfortable financially, he decided to embark on a major career change. He wanted to be in biotech, to work in a field where companies are working to improve well-being and to solving big problems, but he had a lot to learn—his last biology class had been in high school.

“I started by volunteering at a lab,” Behrens says. He had worked with the Krolewski lab at the Joslin Diabetes Center when he was an IT consultant, got to know the PI, and so he went back and offered his services. “I was basically a free lab technician…I was terrible, and I probably destroyed more data than I created.”

But he persisted, attending lectures at Harvard Medical School, and forming an interest in how life sciences entrepreneurship differs from other forms of business-building and start-ups, including IT entrepreneurship. This became the basis of research he has been conducting, and speaking and writing about, ever since. As his interest in exploring this topic grew, he enrolled in a now discontinued Master’s program—jointly run between HST and the MIT Sloan School of Management­—aimed at business people like himself, who were interested in learning more about the life sciences.

In order to best illustrate the obstacles to launching a biotech start-up, Behrens recently invited David Berry, a partner at Flagship Pioneering—where he has co-founded more than 20 companies across the life sciences and sustainability industries—to speak to his HST 590 students. Berry is also an HST graduate, receiving both an MD and PhD in biological engineering.

“Berry said (to the students), ‘we don’t want your (start-up) pitch’—right up front,” Behrens says. “He told them that they’re very happy to hire PhD graduates for their team, but they aren’t interested in their business plans or pitches.”

Behrens, who says that post-docs approach him regularly for advice on how to fund good ideas, says that the challenge is that “it’s just incredibly expensive to make drugs. There are no easy answers.” At the same time, he adds that angel investors can often give start-ups a good bit of seed money, pointing out, for instance, that he raised $20 million for Siamab, primarily from angel investors.

“But for a biotech entrepreneur, it is as important to figure out how good your idea is, as it is to figure out how to fund it,” he says. “You can go to a big company like Merck or Pfizer and get them involved, and government does provide grants to companies, but that usually doesn’t substitute for private capital.”

In the meantime, Behrens says he appreciates staying connected to “smart young people” and to HST, by continuing to teach HST 590. He’s excited by the topics for this year’s class, including looking at healthcare in the developing world; examining racial bias and injustice in the way healthcare is delivered, and investigating the role of inequality in the Covid-19 pandemic and response. He is the CEO of a new company, GelMEDIX, a developer of biomaterial solutions intended to improve drug delivery, including a non-invasive, drug-eluting hydrogel that can be used to replace complex eye drop regimens that have poor patient compliance. He advises the students he teaches to think about getting experience working with, and for, industry—at biotech or pharma companies at some point in their careers—to see how successful companies operate and how ideas make the transition from academia to industrial development.

And he plans to continue to keep his eye out for good ideas in the life sciences, and to examine the “unsolved problem” of how to fund them.