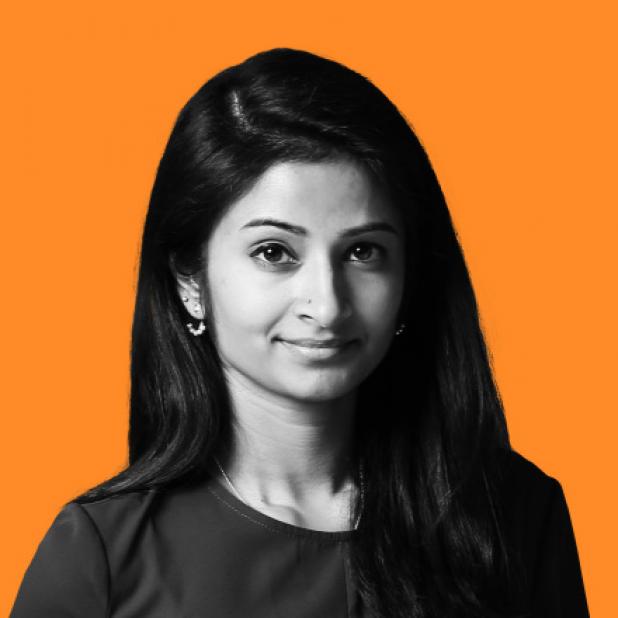 HST alum is honored for her surgical techniques which have provided a sense of touch to people with prosthetic limbs.

Shriya Srinivasan, an HST MEMP PhD 2020 graduate, has been named to  the prestigious 35 Innovators Under 35 list for 2021 by MIT Technology Review. This list is MIT Technology Review's yearly opportunity to take a look at not just where technology is now, but where it’s going and who’s taking it there. More than 500 people are nominated every year, and from this group the editors pick the most promising 100 to move on to the semifinalist round. Their work is then evaluated by our panel of judges who have expertise in such areas as artificial intelligence, biotechnology, software, energy, and materials. With the insight gained from these rankings, the editors pick the final list of 35.

Srinivasan is part of the Humanitarians group, described as: "Their creative approaches to innovation are making the world a more equitable place."

As a child, Shriya Srinivasan, now a postdoctoral researcher in biomedical engineering at MIT, witnessed the challenges of living with prosthetic limbs. A friend had been born with missing limbs and used prosthetics; like amputees, whose nerves have been severed, her brain lacked the important neural signals that enable most people to feel objects, maintain balance, and sense their body’s position in space. Srinivasan has invented two new types of surgical techniques that could soon help people using prosthetic limbs regain their sense of touch.

Her first innovation, which she developed as an MIT doctoral student, involves grafting small segments of muscle onto the residual limb; the goal is to enhance the mind’s awareness of limb position and movement. Patients who underwent a version of this procedure in clinical trials have exhibited far greater control over their prostheses—and less pain—than those with traditional amputations. Her second procedure has shown early promise in re-creating touch. It works by fitting a person’s residual limb with flaps of skin from the fingertips or feet, encased by a muscle graft and electrode. A prosthetic arm or hand is then equipped with sensors and a wireless transmitter; when it touches an object, it conveys that sensation to the natural sensors on the grafted skin—which relay it on to the brain. Both techniques can be performed either as part of an amputation procedure or in patients with previous amputations.

Ultimately, Srinivasan hopes her work will help make using a prosthetic limb far more like the real thing—while initiating a broader shift in our approach to amputation from a form of salvage to a method of restoring mobility.