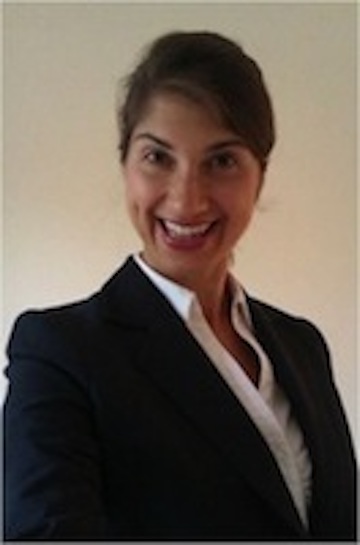 As an undergraduate, Maya Barley was studying electrical engineering, but she wanted to be a doctor. And an astronaut. While doing a summer internship at NASA, she happened across HST’s Medical Engineering and Medical Physics (MEMP) PhD program. “I’d found the magical combination of medical experience and engineering,” she says. “I said, this is it. This, or nothing.”

Barley, PhD ‘07, now Director of Clinical Strategy for Imaging Systems at Philips Healthcare, joined the lab of Institute of Medical Engineering and Science (IMES) core faculty member Richard Cohen, a biomedical engineer with connections to NASA. But instead of working on a space-related project, Barley ended up developing new technology for minimally invasive cardiovascular procedures. The work, part academic research and part product development, inspired Barley to change directions. Instead of becoming a physician, she built a career out of talking with physicians and helping to translate their needs into strategic directions for engineers.

The technology Barley developed at HST has the potential to improve ventricular tachycardia ablation procedures, a procedure that can be life saving for patients who survive a heart attack. These patients have scar tissue on their hearts, and electrical circuits that develop around this scar tissue can cause a potentially fatal irregular heartbeat.

Barley developed an algorithm that triangulates the location of a dipole, an indicator of electrical activity, inside a patient’s heart. The algorithm allows clinicians to precisely locate the errant circuit on the heart’s surface and guide a catheter tip to it to ablate it, a process much like snipping a wire.

In the past, guesswork provided guidance on both counts. With this new approach, however, the same algorithm locates the circuit and guides the catheter. Barley worked out the details of the algorithm and tested it in a “phantom,” a cylindrical tank approximating a human torso. She also learned how to speak with doctors and understand the clinical workflow to make sure her solution made sense. “There was a whole human element present in the project,” she says. “Even though it wasn’t part of the research, it was there.”

After graduation in 2007, Barley took a job at Philips Research in Eindhoven, The Netherlands. The group explores ideas that could become products for Philips five to seven years later. “It was a good stepping stone between academia and industry,” she says. But Barley quickly transitioned from doing lab research to focusing on the clinical usability and applicability of the technologies under investigation. “I was really interested getting feedback from doctors,” she says. “The business case became part of my work too.”

In a few short years, Barley moved from Philips Research to Philips Healthcare, a division that does near-term product development. In lock step, her role became increasingly strategic. She now guides innovation across the entire Imaging Systems division.

Barley’s work is directly influenced by healthcare reform initiatives such as the United States Affordable Care Act. These reforms, which emphasize value over volume, not only change the way healthcare systems and practitioners treat patients, they also change the way businesses like Philips think about innovation. “We’re seeing a huge shift towards the necessity to demonstrate the clinical value of innovation,” says Barley.

For example, hospitals have traditionally bought the latest and greatest magnetic resonance or spectroscopy machine, and then purchase a new model a few years later. “Now, instead of upgrading, they are starting to buy the technology that saves the most money or the most lives,” says Barley.

Barley’s task is to make a parallel decision-making shift inside of Philips. Instead of advancing every possible type of imaging technology, she is working to determine which imaging advancements will provide the most valuable solutions to clinical problems. “Value starts with innovation, but innovating in the right direction,” she says.

According to Barley, her ability to do her job today stems from the lessons she learned at HST. “There’s a soft element to HST that can’t be underestimated. You learn how to interact with people,” she says. “I think about it every day.”